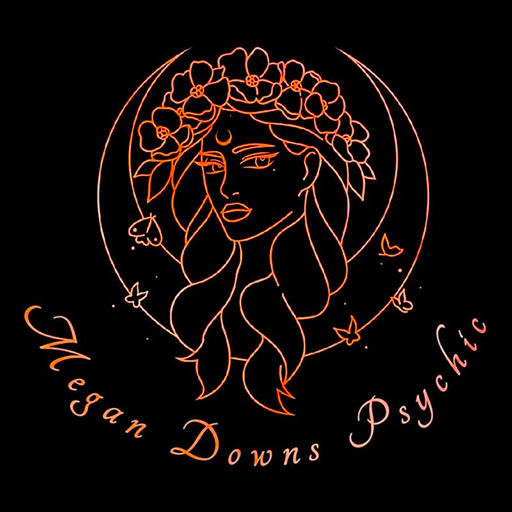 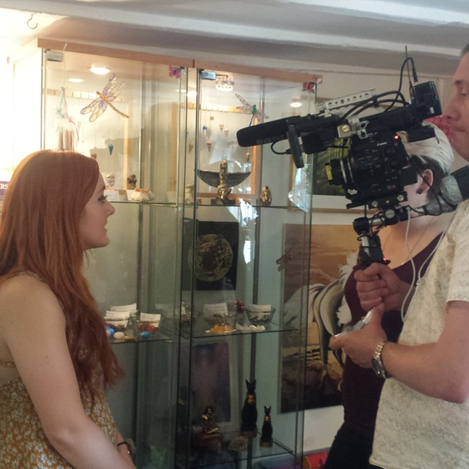 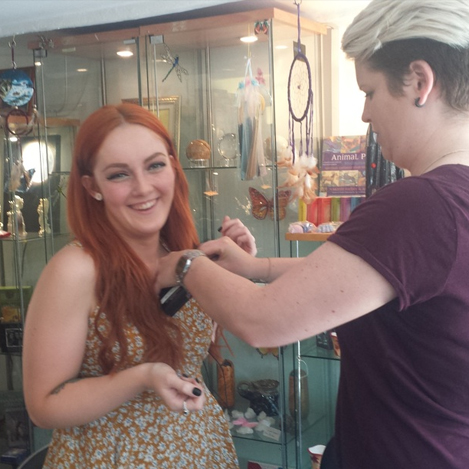 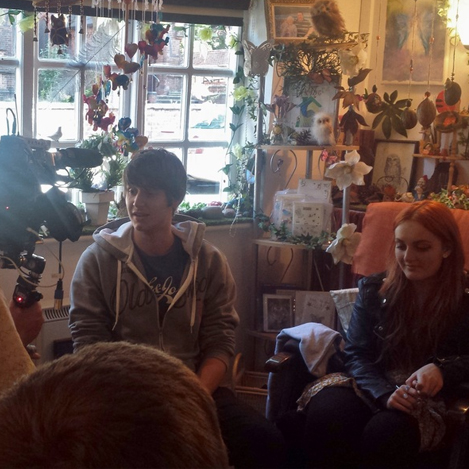 In June 2015 I was lucky enough to be asked to take part in Channel 4’s documentary ‘My Psychic Life’.

The documentary was all about psychics and how being psychic affected my everyday life. I was, along with other psychics, happy to take part. I was picked because of my age, they wanted a young psychic in the programme to show viewers that being psychic is something that can happen at any age. We are all born with the ability but it’s whether we chose or are chosen to use it. The reason I wanted to be part of the programme is that I wanted to relate to younger viewers and it gave me the opportunity to show them that there is help out there, not to be scared about it, embrace it and learn how to use their gift correctly.

It was very exciting being followed around by a film crew. They came to my home and interviewed me but most of the filming was at Feathers Academy with Jackie & Steve. Jackie has done lots of filming before as she hosts the successful TV programme ‘Rescue Mediums’ but this was my first time. 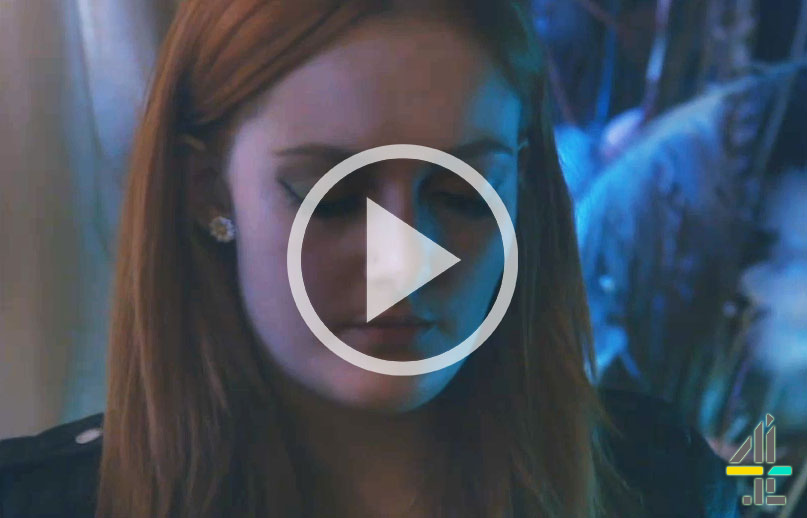 I was asked to join in on one of the meditation classes they were doing and was filmed doing the meditation. I didn’t realise at the time but that meditation became extremely poignant. The next filming I was asked to do was a reading with a lady at Feathers, I had never met her before just knew her name. The information I had received in the meditation was all for her. It was a very emotional reading for the lady as she had lost her son in a motorbike accident and he came through to me to tell me to pass onto her that he was ok. Spirit had obviously been watching what was going on and prepared me for the reading being filmed. I was completely amazed by it all and was so grateful to spirit for guiding me. The meditation and reading were shown on the programme which I was really pleased about as it showed, although the lady was very upset, how she was also comforted to know that he was ok now.

The final bit of my filming was done in Manchester City Centre. I was asked to get a few of my close friends together and go shopping. What more could I ask, we had a great day being filmed in Afflecks Palace, one of my favourite places in Manchester, just having fun with my friends, a normal day.
The programme was shown on 4th November 2015. I was very nervous as I’d not seen any previews beforehand, I was watching it the same as everybody else. My family and friends gathered together to watch it. I was very happy about how I was portrayed and received lots of lovely comments afterwards on social media and feel I managed to get the message across I intended.

Being followed by a huge camera isn’t part of my usual day but it showed that being psychic is just
a part of me and that at the end of the day I’m just a normal girl with supportive family and friends who accept me for who I am and not the ‘weirdo’ I thought I would be seen as at school.